AMISSINGBOOK by Felipe Martinez is licensed under a Creative Commons Attribution-NonCommercial-NoDerivs 3.0 Unported License. 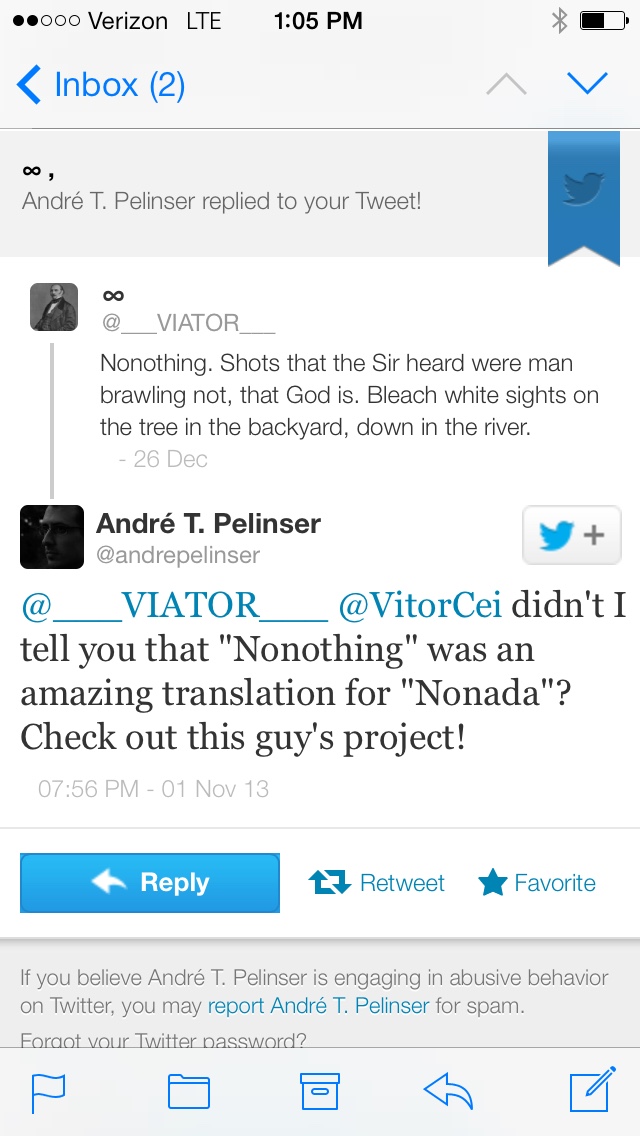 Alison Entrekin repurposes AMISSINGBOOK.COM (Est. 2010) and claims it for her own in 2016.

Alison Entrekin translates a passage of Grande Sertão: Veredas in 2016 that I previously translated and published in 2010. 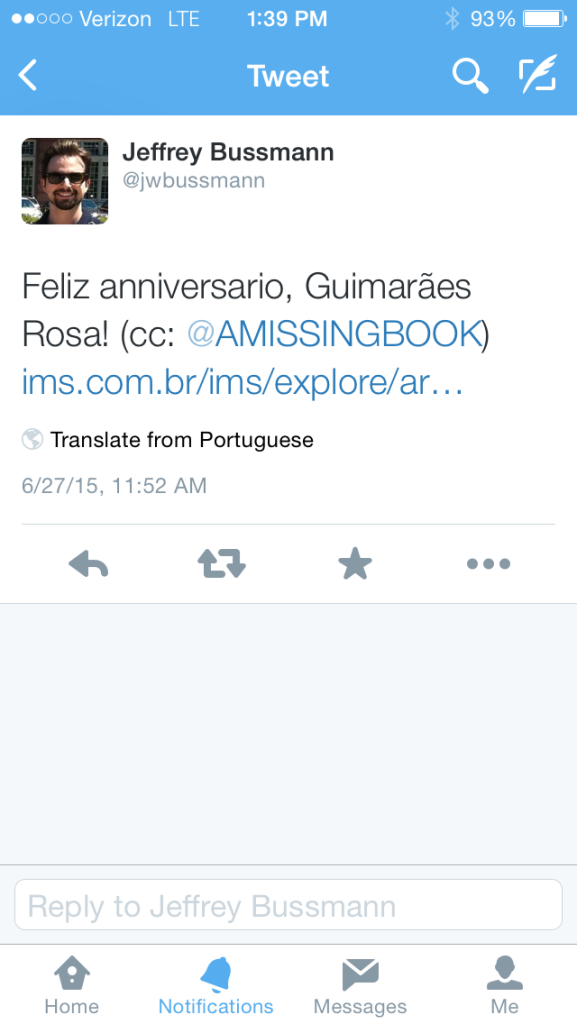 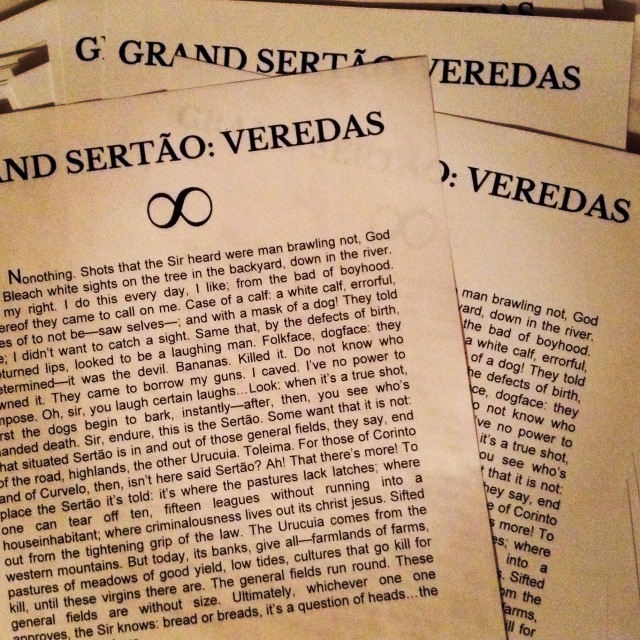 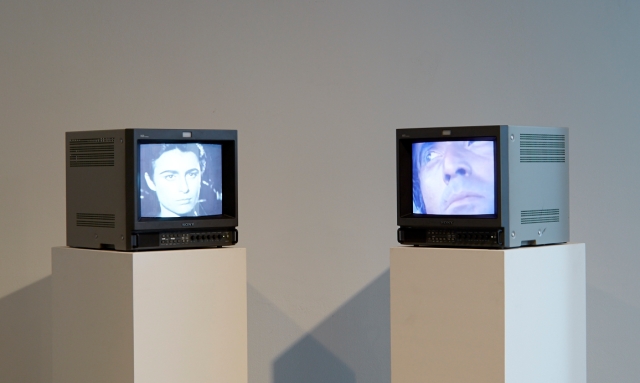 For reasons that will be obvious to readers acquainted with the work, João Guimarães Rosa’s Grande Sertão: Veredas rightly belongs on any list of unfilmable novels. Nevertheless, it has not inhibited the production of two cinematic adaptations. The artist Rosângela Rennó (b. 1962, Belo Horizonte; lives and works in Rio de Janeiro) appropriated portions of footage from both films to make the dynamic two-channel video Febre do Sertão (2008).

The 1965 film Grande Sertão attempts the fool’s errand of shoehorning Guimarães Rosa’s sprawling story into a ninety minute cinematic format. Naturally, the epic and meandering narrative, qualities inherent to the novel, are entirely lost. Some twenty years later Rede Globo produced the miniseries Grande Sertão: Veredas starring Tony Ramos and Bruna Lombardi as Riobaldo and Diadorim, respectively. This television adaptation, benefitting from marquee actors and Globo’s production finesse, achieves a certain grandeur in its own right. Lacking from both adaptations is any effort to preserve Riobaldo’s first-person storytelling. END_OF_DOCUMENT_TOKEN_TO_BE_REPLACED

The following are written responses to The Devil to Pay in the Backlands by undergraduate students at San Diego State University (Spring 2014).

A Dangerous Business
by Kayla Bond

Look; the most important and nicest thing in the world is this: that people aren’t always the same, they are not all of a piece and finished but keep on changing.

The Devil to Pay in the Backlands is really a story about people. If one reads carefully, you’ll find many hidden gems strictly about the nature of people and the nature of life. One of the main sayings throughout the novel is that ‘living is a dangerous business’. This proves very true in the short pocket narrative of Maria Mutema, even more so than all the battles and gun fights that Riobaldo finds himself in. This is mostly because a simple woman killed her husband for no good reason. She’s even more of a dangerous thought because she isn’t a soldier trained to kill or even someone we would expect to kill viciously and pointlessly. It is proving that anyone can be dangerous and in turn, no one is truly safe… living is a dangerous business.

There are three big things we can learn from this pocket narrative. END_OF_DOCUMENT_TOKEN_TO_BE_REPLACED

“It is clear that a country’s reading public do not appreciate a translation made in the style of their own language. For this they have more than enough native authors. What is appreciated is the inverse: carrying the possibilities of their language to the extreme of the intelligible so that the ways of speaking appropriate to the translated author seem to cross into theirs.” 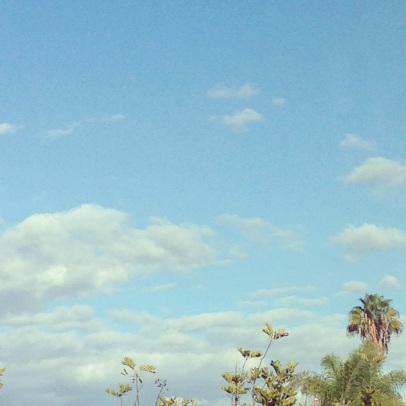 The following are written responses to The Devil to Pay in the Backlands by non-literature majors at San Diego State University.

For decades now, among academics and professionals, The Devil to Pay in the Backlands has rarely been discussed beyond the pallid light of the problematic circumstances surrounding its translation.

Enough with the impossibilities.

END_OF_DOCUMENT_TOKEN_TO_BE_REPLACED

This from the Brazilian publication, Valor Econômico: 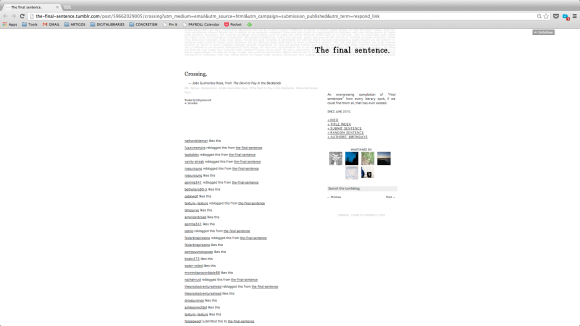 On The Devil to Pay in the Backlands

The interplay between lord and bondsman, and by extension, any other oppositional relationship conveyed in The Devil to Pay in the Backlands, is one of symbiosis and mutual dependency. Jagunço is an entity inferior to the fazendeiro and the incumbent chief, by virtue of the socioeconomics of it all, yet it is through their eyes that he is able to see himself and assert his self-consciousness as the lower hand. Riobaldo, too, often expresses his admiration, at times envy, of his anonymous listener’s urban origins and cultured demeanor, and to that end, deploys a comparative grid wherein the reader, to whom this perpetual figure is never personified, is compelled to subscribe to the narrator’s a priori positive valuation of his auditor. Curiously, the learned individual from the big city is condemned to silence; it is, after all, the former jagunço who Rosa chooses to endow with the exclusive claim to orality. At the juncture between tradition and modernization lies the jagunço, that indigenous invader, simultaneously balancing recalcitrance to the coercive beckoning of civil society with unconditional loyalty to his immediate hierarchical superior. The Devil to Pay in the Backlands renders this duality emphatic and suggests that perhaps the jagunço’s synthesizing role in the novel supersedes the imposition of this-or-that categories upon it in socio-political discourse.

What Hegel describes as a “struggle for recognition” in the Lordship and Bondsman passage of his seminal Phenomenology of Spirit is thus apparent in the juxtaposition of Riobaldo’s internal turmoil prior to and after becoming chief; whereas, in the first case, the novel’s narrator was able to “claim a mind of his own” (Hegel 278) – and assurance in status – through his labor, the finalization of his dialectical transition from an antithesis to the thetical signifier, the objectifying lord (from Tatarana to Urutu-Branco), prompts the self-realization within the character that his newfound personage is accompanied by an inability to reproduce the docility that best complemented his introverted and taciturn tendencies. Riobaldo’s longing is rooted in the past, in the almost and the could-have-been. To flow ceaselessly like the Urucuia of his upbringing is arguably his most critical existential dilemma; in his own words, “I think like a flowing river – I barely discern the trees on the banks” (Rosa 283). Riobaldo rarely experiences tension in shuttling between his love for Diadorim and Otacilia, for example, and both coexist peacefully in his tumultuous memory.